Scientists at the U.S. Department of Energy’s (DOE) Argonne National Laboratory have modeled how much it would cost to use more environmentally friendly methods that emit less carbon to produce ammonia, finding nuclear-powered and renewable ammonia (NH3) production to be feasible, despite costs still being high.

Ammonia is conventionally produced using natural gas for hydrogen production through steam reformation and synthesis in the Haber–Bosch (HB) process, explains the abstract from a recent paper published by the DOE researchers in the Green Chemistry Journal. However, this is not a sustainable practice. According to the paper, global conventional ammonia production contributes more than 420 million metric tons of CO2 emissions annually.

Model shows near carbon-zero is possible

The researchers used Argonne’s Greenhouse Gases, Regulated Emissions, and Energy use in Technologies (GREET®) model to estimate the environmental impact of ammonia production from various energy sources. Then, they used a techno-economic model to look at the cost of two different ways that ammonia could be produced more sustainably.

The first method of production avoids a portion of the carbon release by capturing a certain percentage of the carbon produced and then storing it in geologic formations. This technology pathway can be implemented at a relatively low cost, because the total cost of producing ammonia increases only by around 20%, according to Argonne. The result is a 55–70% reduction in emissions compared to conventional natural gas-based ammonia production methods.

In the other near zero-carbon pathway, water is electrolyzed to produce hydrogen, which is then paired with nitrogen to produce ammonia. “Using renewable or nuclear energy to split water via electrolysis gives us a way of producing ammonia with almost no carbon impact,” said Amgad Elgowainy, Argonne Senior Scientist. “That said, the cost of doing so is currently higher than the carbon capture pathway.”

The study finds that when assuming a cost of $4.16–4.83/kg ($1.89–$2.20/lb) for clean H2 production using state-of-the-art electrolysis technologies, the levelized costs of nuclear-powered and renewable-produced ammonia are calculated to be $0.92–1.06/kg ($0.42–$0.48/lb) which are approximately four times higher than the conventional natural gas-based ammonia production cost. The cost of CO2 emission avoidance is estimated in the range of $266–318 per metric ton of CO2 for nuclear-powered and renewable ammonia production.

A paper based on the study, “Techno-economic performances and life cycle GHG emissions of various ammonia production pathways including conventional, carbon-capturing, nuclear-powered, and renewable production,” appeared in the May 13 issue of Green Chemistry. In addition to Elgowainy, the paper was authored by Argonne’s Kyuha Lee, Xinyu Liu, Pradeep Vyawahare, Pingping Sun and Michael Wang.

“Research in this area could end up changing the market significantly, but it will take investment in developing and scaling up the production of the electrolysis technologies.” 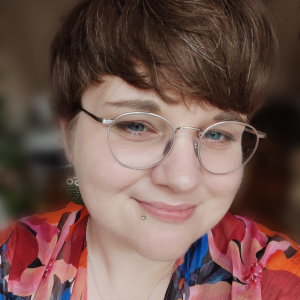