How to build an efficient cold storage facility

How to build an efficient cold storage facility

The European legislative framework ‘Clean Energy for All Europeans’ puts strong targets in place to mitigate the effects of climate change. It has a binding target to improve energy efficiency by 32.5% in 2030 and member states have until the end of 2019 to implement this goal into national law. Accelerate Europereports on how reducing electrical energy consumption in cold stores can help to achieve energy-efficiency targets.

On a global scale, cooling and air conditioning applications are accountable for 15-20% of worldwide energy consumption, according to data present in the EU project COOL-SAVE. The project also states that “industrial cooling installations […], due to their significant energetic impact, [need] effective and realistic saving strategies”.

Another EU project, called Improving Cold Storage Equipment in Europe (ICE-E), which was completed in 2012, states that “within cold storage facilities, 60-70% of the electrical energy used is for refrigeration”.

Thus improving the energy efficiency of refrigeration can play a big role in reducing the overall energy usage of cold stores.

In considering how to reduce energy consumption in cold stores, it is worth looking at how energy is measured. Unfortunately, there has been very little research into this area, according to Claudio Zilio, an HVAC&R researcher at the University of Padova in Italy, who took part in the ICE-E project.

Specific Energy Consumption (SEC), which is calculated by kWh/m3/year, is an important benchmark for refrigeration system performance. “All cold stores are different, so the key to improvement is to enable operators to compare against benchmarks,” Dr. Andy Pearson, director of innovation at Star Refrigeration, told Accelerate Europe.

Pearson adds that the end user ought to have means to correlate current operation and cooling power. For example, an increased number of door openings relates to higher activity in the facility.

Cold storage facilities with an above average energy consumption have diverse problems, according to ICE-E but Professor Judith Evans, a researcher on air conditioning and refrigeration at London South Bank University, who was part of the project, said that “40% had issues that could easily be solved relatively simply by someone that is not highly technical”.

Evans continues, “even if you’re worse than that average, it doesn’t necessarily mean that you’re bad [in terms of energy usage]. It means there might be a good reason for it”.

It is not always refrigeration units that are responsible for increased energy bills. Other electrical appliances, such as lighting, show room for improvement as well.

“40% had issues that could easily be solved relatively simply by someone that is not highly technical.”

The benchmarking from the ICE-E project could also shed light on how different natural refrigerant systems perform. During ATMOsphere Europe 2018, a conference organised by shecco, publisher of this website, Enrico Zambotto, refrigeration director at Arneg did just that.

He compared an ammonia/CO2 system in Tarquinia, Italy, to an updated worldwide benchmark study, conducted by Evans et al. (2015). Zambotto concluded that the energy consumption of the system he tested was “62% below the world average, 58% below the European average, and 46% below the Italian average”.

Pearson from Star Refrigeration uses the benchmarking to state that ammonia generally performs better than R404A. “You can generalise about these systems – for example, a direct ammonia system will usually be more efficient than a direct R404A system or a glycol system, but the variables in operation store-to-store will be greater than the differences caused by refrigerant, so it’s wrong to say ammonia is always the most efficient,” Pearson says.

Overall cost is a big factor in the choice for the preferred refrigeration system is the overall cost. This is why “big cold stores built by refrigeration contractors usually [opt for] ammonia,” says Evans. However, Zilio from the University of Padova adds “that a significant percentage of the ‘small’ stores in Europe still operate with R22”.

Eventually, it is up to end users themselves to monitor the efficiency of the cold storage facility, according to Pearson. He adds that it is not only important to measure the data, but also to take action to improve the performance of the cold store.

To read the full article, published in the spring 2019 edition of Accelerate Europe,click here. 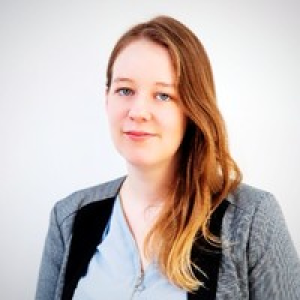