Scottish manufacturer Star Refrigeration has partnered with the World Refrigeration Day (WRD) Secretariat and STEMAZING, an international training program, to educate children about refrigeration engineering and inspire the next generation of female engineers, according to a Star announcement.

Star, an industrial refrigeration manufacturer and pioneer in natural refrigerants, is an official sponsor of WRD, which celebrates the HVAC&R industry on June 26. Both are supporting STEMAZING, which aims to empower women in STEM (science, technology, engineering and math), and train them to teach and inspire young people in the U.K., Europe and Africa about STEM careers via its STEMAZING Inspiration Academy.

A total of 45 female STEM professionals from the UK, Europe and Africa will take part in the STEMAZING Inspiration Academy webinar training program, which runs from March to June 2021.

After completing their online training, each STEMAZING Ambassador will link up with a local primary school to deliver a six-week series of interactive STEM workshops. The “STEMAZING Kids Club” sessions will give children ages five to nine the opportunity to engage in “simple and fun” STEM-based activities, said Star.

Two of Star’s female engineers, Sophie Hoggan and Brooke McKenna, have enrolled in the academy to become “ambassadors” for Star and the refrigeration industry.

“We are delighted to welcome Hoggan and McKenna to the STEMAZING Inspiration Academy,” said Alexandra Knight, Founder and Director of STEMAZING. “By empowering women in STEM to excel at public engagement, we are inspiring the next generation and investing in our collective futures.” She also expressed her gratitude for Star’s support.

“Many young children might not have a female role model in a STEM career within their immediate family or close circle of friends,” said McKenna. “The STEMAZING Inspiration Academy will allow us to show them that there are no boundaries to the type of career girls can pursue in the future.”

Star has also provided funding support to guarantee places for five women from Africa in the STEMAZING program. The selected participants are refrigeration and air conditioning engineers working across the African continent, who will be trained to work with local school children.

“We are thrilled that Star’s donation has enabled us to include five female refrigeration engineers from Africa in the program,” said Steve Gill, Head of the World Refrigeration Day Secretariat. “There is no doubt that without this additional funding, we would not have been able to offer training to empower these women and reach school children in Africa.”

“Supporting STEMAZING forms part of Star’s ongoing commitment to showcase women in engineering and help change outdated perceptions of what a scientist, engineer or technologist looks like,” 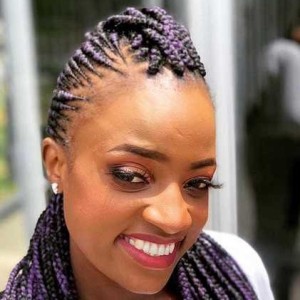