Since introducing its Evapcold low-charge ammonia/NH3 (R717) packaged units in 2016, U.S. OEM Evapco has installed 100 of the units across 25 industrial sites, with each site using between one and 10 units, said Kurt Liebendorfer, Vice President of Evapco.

In total, these 100 units represent well over 10,000TR (35,168kW) of refrigeration capacity, According to Liebendorfer, the number of its installed ammonia units will double over the next year or two, “without a doubt.”

Liebendorfer delivered his remarks during the market trends panel at the ATMOsphere (ATMO) America Summit 2022 on natural refrigerants. The conference took place June 7–8 in Alexandria, Virginia, and was organized by ATMOsphere, publisher of Ammonia21.com.

Expanding manufacturing capacity and training programs, as well as implementing factory testing and certification ratings, will be critical to supporting the anticipated doubling in the adoption of low-charge ammonia systems in North America, noted Liebendorfer.

Evapco’s Evapcold low-charge ammonia product line has been in development since 2014 and offers large refrigeration capacity for industrial facilities in penthouse, chiller, and split system configurations.

The first installation took place in 2016 at Western Gateway Cold Storage in Utah.

These systems are used in a variety of applications from cold storage for food and beverage manufacturing to chemical plants and industrial manufacturing. During his presentation, Liebendorfer noted that while Evapco doesn’t currently supply the pharmaceutical bioscience sector, he sees large growth potential in this market due its interest in natural refrigerants.

Supporting the adoption of ammonia-based refrigeration

Currently around 20% of Evapco’s ammonia clients have no prior experience with using the refrigerant. In such cases, Liebendorfer explained that there can be some apprehension about the technology and that work is needed to increase end users’ understanding of low-charge systems to mitigate their concerns. While this has been a challenge for Evapco, educating clients has also been an “everyday success” and is “key” for further growth, he added.

Expanding training programs and working closely with stakeholders like building designers and general contractors are also important to overcoming challenges and supporting growth. According to Liebendorfer, this is an important part of Evapco’s future plans.

Evapco will also be working to expand large penthouse units, which are located on facility rooftops, to split systems where the evaporators are separated from the rest of the system “into smaller commercial applications using low-charge ammonia,” Liebendorfer explained. “Split system units will allow greater versatility [in] different applications.”

With the increased adoption of packaged solutions, Evapco will be expanding its “supervisory control systems and automation” offerings through its recently-formed subsidiary Evapco Select Tech.

“Being able to tie all these package systems together in one supervisory control system makes it easy to operate by the end user,” explained Liebendorfer.

“Being able to tie all these package systems together in one supervisory control system makes it easy to operate by the end user.”

To support the anticipated growth in the adoption of ammonia-based systems, Liebendorfer emphasized the importance of expanding its manufacturing facilities to boost supply. He also explained that implementing certified ratings and factory testing are part of Evapco’s future plans to help boost uptake of the technology.

Since 2019, LMP has installed over 300 units and according to Liebendorfer’s presentation, Evapco expects to see its installations of R744 systems triple over the coming years. A lot of this will come from expanding the current application base, as well as pushing into new market segments, explained Liebendorfer.

“Transcritical CO2 packages have done very well in the commercial market,” he added. “Making them more ‘industrial’ is something that Evapco is very excited about.”

As with ammonia, training and education programs, as well as manufacturing and supply are crucial according to Liebendorfer.

When asked about the potential competition between the two refrigerants – ammonia and CO2 – Liebendorfer explained that while there is a learning curve, the decision is generally lead by the application. 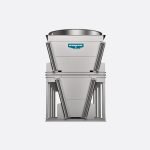 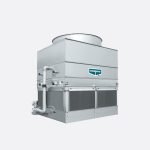 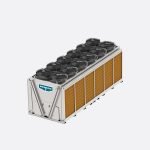 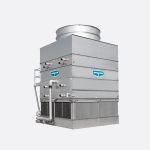